If you don’t change with the times, you get left behind.

That’s true in any industry, but it’s especially true in SEO, where a tiny tweak to Google’s algorithm can turn last week’s surefire search strategy into this week’s surefire way to get penalized. Things change quickly in SEO, and one thing that underscores the constant churning is the recent evolution of link building.

Once upon a time, you stuck links wherever you could squeeze them. You blasted the pages you wanted to promote with inbound links, and you could put those links on low-quality sites where it was easy to get mentions. You begged and pleaded people to accept links elsewhere, too, and back in those days not as many people saw the danger of giving in.

That is no longer the case. These days it’s not as much about seeking out links from other sites; instead, it’s about building a site with resources people want to learn from. It’s about embracing an earned media mindset. What does that mean and how do you do it? Read on to find out more.

“Earned media” is exactly what it sounds like. It’s the idea that by posting really good, really useful content, you will earn links from other sites, sites of much higher quality than the ones you were guest posting on with low-quality content before.

The word “voluntary” is really the key to earned media: Creating something so good, other people want to link to it, instead of you having to beg them.

Don’t Be a Robot

Earned media is not easy. It takes a lot more effort to build a great infographic or research a smart whitepaper than it does to spin a mindless blog post about the five best ways to gain Twitter followers.

So be smart when you’re building your links. Build to the most relevant page or blog post. Stop the spammy anchor text (what is it, 2005?). Don’t crap all over the internet – actually work to make it a nicer place, that will benefit you, your publishing connections, AND your clients.

How to Earn Those Links

The best SEOs really understand their clients and their goals, and they build their strategy around that. They also try to make their information relevant to more than one site to increase the possibility of links.

Find ways to make your content relevant to new audiences.

Say you have a client who sells car parts. You know the client wants to reach collectors, and you know collectors love to read about the automotive history. Publish something about that history that will speak to multiple groups. For instance, that might be a piece on the history of cars in movies; then besides car blogs, entertainment sites may feature it. Or it could be something about fuel economy, which becomes of interest to money-saving or even environmental sites.

It’s important to think of old strategies in new ways, too, to earn your links. You should not be paying for mass submissions to directories anymore. That’s outdated. However, there is value in being a part of curated lists. If you post enough good content, you can ensure that your site will find its way onto such lists, which tend to do great on social media. Need a little help getting there? See if you can contact the blogger posting a list you think you deserve to be on, and see if maybe they would be able to add your client’s site, or consider them for next year’s update. This is a long-term, but ultimately more natural, link building strategy.

Sponsoring to earn a link is an old tactic, but one that still works very well, as long as you make sure to target only very relevant opportunities. Look for organizations in your local area that could use a little extra help, or find some online that relate in some way to your client or their products. Are there any nonprofits that could benefit from your client’s product? Not only can you get some great links this way and maybe even get a great piece of content out of it (sweet video, right?), but you can earn some impressive mentions in the press for being charitable.

Finally, turn another old strategy on its head. Instead of just leaving random links to your content on forums, comment sections and other places of public discourse, build up an identity in a community that’s relevant to your industry. This will help your client actually prove they’re invested in the community, instead of hopping by in the hopes of picking up a few links. Sincerity goes a long way toward convincing people to share your links.

The Power of the Nofollow Link

Remember this strategy of rethinking old practices in new ways, because ideas you may have written off long ago can be repurposed into your earned media approach. Nofollow links, which were traditionally seen as useless to link builders because they don’t hold value in Google’s eyes, are actually not worthless at all. While they don’t give you any points with search engines for rankings, they can help you in other ways.

Here are three ways you can use nofollow links to your client’s advantage:

But that may not be all. During his presentation at Mozcon 2014, Rand Fishkin shared a number of examples of his “Mad Science Experiments in SEO,” one of which involved seeing if earning nofollow links can still lead to ranking increases. He found that in some cases, they did! While more testing is needed, he found that the pages he was experimenting with by pointing nofollow links at them both rose at least one spot on the SERPs. Not bad for links we used to think were useless!

Earned Media Is the Answer

If the question is, what’s worth the time for former link builders to invest in these days, the answer is earned media. The best part about it is that high-quality content will never lose favor with Google, unlike the trickery of older link building tactics. Think of it as not only an effective long-term strategy, but also a safe one. 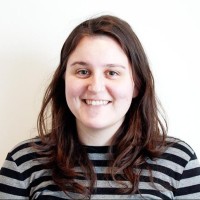