You’ve poured your heart and soul into an amazing blog post. You’ve even put some PPC spend behind promoting it. And then? Your great writing flatlines, and you’re stuck wondering what’s up.

The trend you’re observing is a pain point that every content creator faces—it’s hard to get people to read your stuff. Audience attention spans are scarce assets, and digital ecosystems are flooded with information. But this noise can also be your window of opportunity to stand out.

You need to solidify your content distribution strategy before you hit ‘publish.’ Using a mix of paid and organic traffic drivers, there are several ways to reach your target audiences with the right messaging. Here are 5 tried, tested, and true tips to guide you.

Tip nominated by: Brittany Berger, head of content and PR at Mention.com

Get your audience’s attention by sending a 1:1, personalized message. This thoughtful approach to content promotion ensures that you’re reaching people who are interested in specific topics.

“For example, a few weeks ago we published a post that I thought might appeal to app developers,” says Berger. “I used BuzzSumo to find similar posts, and then the influencers who shared them. I only ended up reaching out to one influencer, but not only did he share the post, he’s now one of our guest bloggers. And that relationship is all because of content outreach.”

“I have separate projects for my own network and influencers I’d like to connect with,” Berger says. “They’re then tagged by the topics they’re most interested in, so it’s easy to remember what content to send them. When I publish a new post, I can filter my contacts by the closest related topic tag and use the outreach module to start sending.”

Tip nominated by: Jason Parks, owner at The Media Captain

If you’re starting from zero—or even if you have an established following—you can tap into new networks by guest posting on other sites.

“We find sites within our industry that have a strong following,” says Parks. “This ensues that our content will be seen by a lot of people.”

Make sure to choose your partners wisely. You don’t want to spend time developing an article that nobody will read. You also want to make sure that you’re publishing on a site that’s relevant to your audience.

“On average solidifying a relationship and writing an article for that site takes 7 hours from start to finish,” says Parks. “We make sure that people are engaging with our articles. Not only are we writing content for an industry related site, we are getting people to visit our site who could potentially benefit from our services.”

The best way to increase your guest posting opportunities is to build up your credentials. Provide a new perspective, offer value, and teach your audiences something new.

3 – Harness the energy of influencers

Get influencers involved in your writing by reaching out to and writing about them. Here are the steps that Protheroe followed to write a post that generated 100 shares and 500+ views within a week:

He shares the following additional tips:

“What I would do different is perhaps have a longer deadline to gather better responses,” Protheroe says. “Some of the store owners were just starting up and didn’t have a big following. I’d also ask for pictures in the initial email as this was very tricky to chase down and was very time consuming.”

4 – Get guidance with data

One of the best distribution strategies that Groller has found among his audience base of B2B organization is sponsored posts through social advertising on Facebook, LinkedIn, and Twitter.

“Specifically, we’ve had the most success driving traffic and social engagement (shares, likes, favorites) via custom audiences that are based on emails from our clients’ CRMs and databases,” Groller says. “By using this data, we’re able to segment targeted users into prospects, leads, customers, and other unique audiences to ensure the right message is being delivered to the right crowd.”

Groller encourages marketers to deliver messages that are tailored to specific customers.

“For example, a customer should absolutely be delivered a different message than what a lead or prospect would see. In addition, retargeting pixels are an excellent way to nurture users through the sales funnel with the various pieces of content and collateral being created.”

Tip nominated by: Leeyen Rogers , VP of marketing at JotForm

It’s tough to get your content into major news outlets. Make an immediate, low-hanging, and equally forceful impact by targeting niche channels instead.

“My company’s best content distribution strategy is to target niche audiences who are truly interested in our product, instead of exclusively trying to make waves on major media outlets,” says Rogers.

“We found out that a sizable portion of our user base is in the education field, so we got featured on Scholastic, not a usual place for a tech company to gain press from. Because a portion of our users are lawyers, we targeted law blogs for diverse exposure as well.”

“We would rather be in the right places, than the most places,” Rogers says.

Tip #6 is up to you. What’s your best tip for increasing blog readership? Share your feedback in the comments section below. 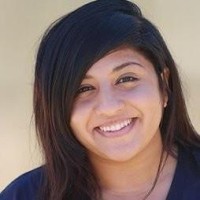 Ritika Puri is a data-lover and marketer turned entrepreneur and writer. Ritika works with content marketers to build lead pipelines and has written for Forbes, The Next Web, Business Insider, and American Express OPEN Forum.