10 Pitches That Landed Top-Tier Placements and Why They Worked

There are innumerable articles out there giving tips on how to pitch journalists, but most don’t contain specific pitch examples outlining why they were successful. In outreach, imitation can be very effective, so we’ve compiled 10 pitches with commentary that elaborates on why they resulted in exclusive placements with top-tier publishers. Campaign: Dying to be Barbie

Earlier this week Huffington Post Women covered Barbie without Makeup, which has been a viral hit on the Internet. Serendipitously, my team is about to launch an infographic which builds upon this topic, by studying “Is a Barbie Body Possible?”

My team came up with a photo-realistic rendering of Barbie, which aims to demonstrate just how bizarre a life-sized Barbie would actually look. We compare Barbie to our real life model, and uncover the impossible physical proportions of the doll idolized as perfection by so many. The results are jaw dropping. You can check out the infographic here, via this private imgur link.

Thanks for sharing Kode’s awesome iron man mashups! My favorite is “Stark Kent”.

I’m thinking your readers may find my team’s visualization of some of the most iconic hero hideouts interesting too. We sorted 35 hideouts by size and scale and highlighted all the special features! Do you think this would interest your readers? I’d love to get your feedback on this.

When my dad’s computer froze the other night, he told me he needed to “reboot it.”  Reboot it? Although this comes from someone who recently learned how to use “lol,” I wondered if this was an archaic phrase or if it was just me.

Given your tech coverage, I thought you might find this project interesting.  My team recently polled over 1,000 participants and there are still people out there who say “booting,” with just over 15 percent of participants using a variation of that term in reference to starting a computer.  You can find more information in this flipbook (UN: editor, PW: access).

Is this something your readers might find interesting?  I’d appreciate your feedback and be happy to answer any additional questions you might have.

Subject Line: “How you say these 6 words tells others a significant amount about you, study says”

After reading your recent post on the spoken languages in states besides English and Spanish, I was shocked that so many states knew German. Also, the fact that Michigan knows Arabic and Oregon knows Russian threw me for a loop. Very interesting, though!

Given your post, I’m passing along my team’s embeddable study that looks at how people pronounce some of the most divisive words in our language. Called Vahs vs Vace, it also measures what people think of others who say certain words a certain way. Some of the findings include:

Where do you and your readers side with these 6 words? I’d love if you covered this for Mental Floss. Are you interested in the exclusive?

Subject Line: “Retirement: What about the ignorant millennials?”

I enjoyed the visuals in your recent take on retirement. But what about younger generations, an angle you could look at for a future follow up? How should they look at retirement, and will that million dollar mark you explained be an absolute for them?

My team was thinking along the same lines, and we created Trading Time (password: access), a visualization that looks at how many weeks of work it takes to buy based on US median income, and also how many weeks each personalized income will spend doing so. Did you know that over the course of 50 years, the average person spends double the amount on entertainment rather than education? Or that the average wedding costs $18,000, but the average person spends double that on 20 rounds of golf per year?

I thought you and your readers would enjoy (and benefit) from this visualization. I’d love to partner with you this exclusive, and if you have any feedback and/or thoughts, I’m all ears.

Subject Line: “Google Wants Chutzpah? Then Don’t Ask Me (or Anyone) About U.S. Geography”

Very cool article on Google Smarty Pins. Ironically enough, the one category I avoided was geography.

And apparently I’m not alone. In a recent study, my team challenged foreigners (password: movoto) to label the 50 states on a U.S. map (just like when we asked U.S. citizens earlier this year). Regardless of where you’re from, the test was harder than it looked.

Would you be interested in sharing this on Daily Mail?

Subject Line: “These are most expensive 33 movie props sold”

Even though I’ve been anticipating the Guardians of the Galaxy release, I haven’t been in town to see it. But I’ve been reading up on it, and I thought your commentary was easily the best I’ve read thus far, because of its thoroughness. Can’t wait to see it!

I’m sure that when I walk out of the theatre, I’ll probably be wondering how much money James Gunn spent on the props, which is exactly why my team created a study that looks at the 33 Most Expensive Movie Props. From Goldfinger to the Lord of the Rings, it compares the prices of lightsabers, time machines and proton packs. Can you guess which Hollywood star’s dress topped the list at $4.6 million?

Are you interested in being the first to publish this with Vox?

I’m about to make the big exit out of my 20’s, so that study was kind of a bummer for me! I know it’s mostly biological, but I also think it reinforces the fact that our society will always value youth.

Many couples are waiting to see if the Supreme Court will take up one of the same-sex marriage appeals this week. My team wanted to know how fast or slow the decline in marriage rates has been since it started dropping in 1970. We also broke the data up to see how the legalization of gay marriage in certain states had an impact.

Did allowing same-sex marriage affect how many people decide to tie the knot?

That led us to conclude that while marriage rates are still declining, the overall speed of this decline does not seem to have been accelerated, or slowed around the time of 2004.

See more data from the project in its entirety here. (Password: movoto) I’d love to offer you the exclusive on this.

Campaign: The Fashion of Hip-Hop

Thanks for sharing the crazy story on that time Ye schooled you on design and inspiration – that is amazing – so amazing.

Given your post and MTV’s coverage of fashion week Paris, I wanted to share this exclusive infographic with you first:

The Fashion of Hip Hop

I would love to see MTV cover this first.

As you can see, there are many different pitching styles that can be successful; there is not a one-size-fits-all approach to outreach. By doing your research, applying the principles outlined above, and pitching high-quality content, you increase your odds of success exponentially.

Do you have a pitch that resulted in a top-tier placement? Share it in the comments below for others to see! 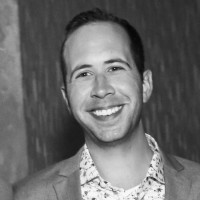 Ryan McGonagill is the Operations Manager at Fractl, a creative digital agency that specializes in high-quality content creation and placement. In addition to working closely with clients to execute large-scale content initiatives, Ryan also oversees the day-to-day operations of Fractl to ensure the quality of services is nothing less than perfect.