The Internet is flooded with articles covering every topic related to email deliverability. Many of these are quite valuable, but for marketing outreach professionals, the problem with this information is two-fold:

An exception to this is a recent podcast interview of Mark Risher. on the Converge Podcast. If you’re running media or blogger outreach campaigns, you can learn much of what you need to know from a 90 second segment of this interview.

Risher, Google’s director of product management responsible for preventing unwanted emails, was interviewed by Casey Newton. The interview covered a a broad range of topics, but in the middle of the podcast they specifically spoke about deliverability as it relates to PR and blogger outreach campaigns.

What I found so valuable about this discussion was that, rather than dancing around the specific factors that may or may not be part of Google’s spam detection efforts, Risher explained their guiding principles for fighting “commercial annoyance and abuse” emails.

What also jumped out at me as I listened was the fact these guiding principles are the same ones that our most successful customers employ in their campaigns (as measured by open rates and coverage/placement rates).

Transcript of the Interview

Here’s a lightly edited transcript of the relevant parts of the interview. If you want to listen to the actual podcast, this discussion starts at around the 33 minute mark.

CASEY NEWTON: Sometimes when someone sends me a marketing email and I hate that email, …I report that as spam. Is that bad?

MARK RISHER: Absolutely not, it’s good. Reporting things as spam is the best signal you can give to us. We are processing literally millions and millions of messages every second, and so it’s very important to us to get these signals from you if we might have gotten something wrong. In part because, even though each email might be customized, they’re not a single point. There’s a campaign that’s going on, and the earlier that someone lets us know about it, the faster our systems, and our people, can respond to it and take action on it.

CASEY NEWTON: Right. I’m speaking particularly of the case where somebody wants me to write about something and, for some reason, instead of sending me one email, they subscribe me to their mailing list. So, it’s not spam in the sense that they’re sending it to ten million people, but I consider it spam in the sense that I don’t like it.

MARK RISHER:  We use that information as the strongest signal. So, for staying in spam in the commercial, kind of annoyance and abuse area, the strongest and almost only signal we care about is whether users want to receive this email or not. We’re not making a value judgment over whether it’s a good newsletter. We’re saying “10 out of 15 recipients said they don’t want to get this thing, so we’re going to take a heavy look at it.”

Breakdown of the Interview

There are only fourteen sentences in this exchange, but if you look at each of Risher’s comments, there’s a lot packed in.  🙂  Let’s look at some of Risher’s comments individually so that we understand their full meaning and the implications to outreach professionals.

“….even though each email might be customized, they’re not a single point. There’s a campaign that’s going on, and the earlier that someone lets us know about it, the faster our systems, and our people, can respond to it and take action on it.

“We’re not making a value judgment over whether it’s a good newsletter. We’re saying “10 out of 15 recipients said they don’t want to get this thing, so we’re going to take a heavy look at it.”

There are two key messages in these quotes.

Second, people often think that they can avoid campaign deliverability issues by simply making some low-bar effort to personalize each email. This alone is unlikely to help your emails make it to the inbox. Just because your email includes a reference to a blogger’s website or the name of a post they’ve written in the past doesn’t increase the chances they’ll ever see your email. Again, because Google is making efforts to recognize that these emails are all part of a single list, they evaluate performance at the campaign level.

What this means for you

Over the past year, we’ve seen an increased effort by Google and other mail providers to identify emails that are part of a campaign.

When someone tries to blast a list without qualifying the recipients, increasingly we’ll see the initial emails go through, but shortly after, the sender receives an email saying that the emails are temporarily blocked. In most cases, the remaining emails are never successfully delivered.

While some have found ways to “beat the spam defenses,” we believe this is a short-term play. Bet on Google, Microsoft and other mail providers getting better and better at this over time.

“So, for staying in spam in the commercial, kind of annoyance and abuse area, the strongest and almost only signal we care about is whether users want to receive this or not.

So, there you have Google’s guiding principle in black and white. If you look at nearly every individual “signal” that gets included in discussions about campaign deliverability (engagement levels, spam complaints, subject lines, etc) nearly all of them tie back to this.

What this means for you

At every stage of a campaign, ask yourself the following question:

“Is this an email the recipient will want to receive?”

It’s worth noting that, in addition to ensuring that your emails make it to the inbox, this will also have a dramatic impact on conversion rates (as measured by open rates and coverage/placement rates). When we talk to our most successful customers about their approach to campaigns, they almost always talk about the importance of this, particularly at three stages of a campaign:

We often see outreach professionals try to expand the size of their outreach lists by reaching out to multiple verticals as part of a single campaign. This can be a really effective strategy, as long as you’re able to make a very strong case that the additional segments will be interested in your offer. Where we see people get in trouble though is when they expand their outreach to verticals that are only marginally related to their offer.

For example, if you’re promoting a campaign about drone technology, you’re likely to get yourself in trouble if you reach out to everyone in the technology beat…the blogger that writes exclusively about cloud computing isn’t likely to be too thrilled about your “new drone technology” pitch.

Gisele Navarro of NeoMam Studios, one of the most respected outreach professionals in the industry, has said that she only emails someone if she’s 90% confident that they’ll share her confident. This seems a bit too selective, in my view, but I think the sentiment is spot on. After evaluating the journalist’s or blogger’s content, you should have a very high level of confidence that they’re going to be interested in learning more about the thing you’re pitching.

What specifically does this person care about and what specifically do they need in order to cover you?  Ideally, each email you send will have been personalized to take each recipient’s interests into account. At a minimum though, you should be sending to a list that has provided some information that demonstrate a clear interest in the topic your pitching.

Often when people talk about deliverability, the discussion of the risks creates a fear of sending any emails that might possibly be flagged as spam. In my view, this is an unnecessarily high bar. It’s important to remember that this is all a matter of degrees.

If you’re sending a campaign that has almost no engagement and is getting marked as spam by multiple people, your risk is high. On the other hand, if you’re getting lots of opens and replies to your outreach, but a very small percentage of your emails are marked as spam, your risk is quite low.

To sum up: as long as you follow the “email the recipient will want to receive” principle, you’ll be fine.

*Thanks to John-Henry Scherck for bringing this interview to my attention. 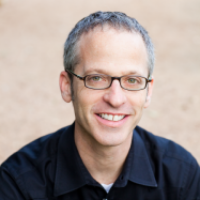 Paul May is the CEO and co-founder of BuzzStream. Previously, Paul was the first employee at Support.com, helping grow the company through its IPO. Paul also helped build products and grow revenue at BMC, Tonic, Alterpoint, Wavebender, and Pluck. You can follow Paul on Twitter or Google Plus.