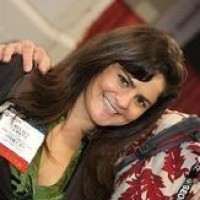 Kelsey Libert is a Marketing VP and partner at Fractl, a creative digital agency specializing in high-quality content creation and placement. Kelsey’s industry research has been seen on the Harvard Business Review, Inc, The Next Web, Fast Company, Contently, HubSpot, Marketing Land, and Buffer. You can connect with Kelsey at kelsey@frac.tl.

How To Earn More Links for Your Campaign with Link Reclamation

April 30, 2015
Establishing a diverse, high-quality link portfolio is crucial to increasing your organic rankings. Between July 2013 and July 2014, more than 80 percent of companies increased their spending on tactics that earn links. When launching a campaign, you must be acutely aware of where your campaign END_OF_DOCUMENT_TOKEN_TO_BE_REPLACED
0 comments

The Advanced Guide to Improving Your Social Media Presence for Outreach

March 18, 2015
Yesterday, I came across Gideon Lichfield’s post Dear PR person who just sent me a robo-pitch. The senior editor at Quartz gets bombarded with pitches so frequently that he set up a series of email filters automatically deleting the worst offenders. Lichfield realizes he might miss the occasional END_OF_DOCUMENT_TOKEN_TO_BE_REPLACED
0 comments

January 14, 2015
If you know that all caps is like online shouting, excessive exclamation points are unprofessional, and emojis are content marketing mistakes, then you have passed Content Promotion 101. With your grammar basics mastered, the next step in good publisher relations is understanding the more nuanced pet END_OF_DOCUMENT_TOKEN_TO_BE_REPLACED
1 comment

January 5, 2015
Social shares are what amplify your message beyond a publisher’s landing page. The more shares you earn, the more eyes see your brand and the wider your pool of prospective customers becomes. But which influencers earn traction on which social networks – and in which verticals? Understanding how END_OF_DOCUMENT_TOKEN_TO_BE_REPLACED
0 comments

December 17, 2014
Should you pitch an editor for a tech publication the same way you’d pitch a publisher in the food vertical? Absolutely not. Pitches for education columns ought to look different than those for automotive features, too. You see where we’re going with this: your outreach strategy and pitching approach END_OF_DOCUMENT_TOKEN_TO_BE_REPLACED
0 comments

Research: How To Write Subject Lines that Drive Open Rates

November 12, 2014
In a survey of 500 top-tier publishers, Fractl discovered that 81% of editors prefer email pitches over other channels like social media, contact forms, and phone calls. We also found that 85% of editors open pitches based on your subject line. With subject lines being the ultimate gatekeeper for your END_OF_DOCUMENT_TOKEN_TO_BE_REPLACED
5 comments

Newsjacking for Outreach: How to Use Trending Stories to Get Major Press

November 10, 2014
Every marketer dreams of creating the next viral hit; however, you don’t need to reinvent the wheel to go viral. In fact, some of the most successful campaigns simply ride the wave of the social phenomenons sweeping the web.     Let’s use #selfies as an example. While self-taken END_OF_DOCUMENT_TOKEN_TO_BE_REPLACED
0 comments