The logistics industry is enormous, extremely competitive and dominated by several large names. The market leaders are nearly synonymous with the industry itself – the likes of UPS, DHL and FedEx are known and trusted globally. So how did ParcelHero, as a relatively small company with a shoestring marketing budget, start to make waves in this market and reach more than half a million people with one campaign?

ParcelHero provides courier services in partnership with the world’s leading carriers – like DPD, TNT and UPS. We have a number of key selling points, including a UK based customer services team, real time tracking and market leading prices. Our marketing team has been recently revamped alongside our content plans, which has a new focus on creating quality, authoritative content, and our outreach team has changed strategy accordingly.

Over the last few months we have approached our campaigns with a new emphasis on building our reputation. Alongside with our seasonal campaigns, we wanted to present ParcelHero as an authoritative voice in the field of logistics by creating high quality, informative long form pieces relevant to shipping and logistics.

One key push in this direction is our Uber white paper. Inspired by their recent foray into the delivery business, our white paper chronicled the rise of the taxi app firm as well as their ambitious plans to carve out their own chunk of the logistics industry. This is the campaign we’ll use a case study for the changes in our outreach tactics in moment.

With the white paper, we really wanted to establish our authority and put our name on some high profile locations. Thanks to the changes we made with the help of a new Buzzstream Outreach tool, we succeeded, with publications like the New York Times and the Guardian – a great indication that the changes we’ve made to our tactics are working! In addition to the high quality links we achieved, here are some of the other successes we saw in our data:

At the end of September 2015, Buzzstream Outreach introduced a new email tracking feature. Before this feature was introduced, one of the problems that we had consistently been running into on campaigns was a lack of data coming back to us. The only way that we could judge the level of engagement we were getting was from the responses that we received.

With the introduction of email tracking, this changed. We started getting much more detailed data about not only responses, but also also click rates and open rates. This allowed us to start looking at the way we were structuring our outreach, from the subject lines of the emails to the way that we framed our links.

We wanted to take a scientific approach to evaluating whether or not our changes were making a difference, so in order to make sure that what we were doing was really having an effect, we pulled together the limited data we had gathered before the email tracking release and created a benchmark level from which we could extrapolate whether or not our changes were effective. From this benchmark we took what we could and applied it to our next campaign – our Uber white paper.

How to sell Uber

As mentioned above, our Uber campaign was built around a long form white paper. This was the main focus of our outreach, but it was supported with the creation of an infographic – 12 Things You Didn’t Know About Uber. With these two pieces we felt they we had covered most of our target demographics with a strong blend of interesting and informative content.

With all our bases covered, we took a simple step-by-step approach to outreach:

What did we learn?

With the data we got from Buzzstream Outreach’s email tracking, we could build a profile of the emails that were most successful. Some of what we found was unsurprising, other things were less expected. For example, we found that simple follow-ups were far more successful in soliciting a response than more elaborate emails. We also found that:

In the past we have found that some communities are only happy to host content if compensated. In this case we found that by targeting niche communities with detailed content, we had a higher rate of interest without requests for payment. Plus, thanks to the wide range of topics covered in our content, we found that we could outreach a good variety of verticals successfully. Furthermore, by presenting an authoritative voice in the form of our white paper, we attracted the interest of new journalistic contacts, a very positive outcome.

What shouldn’t we repeat?

No campaign is totally perfect, and as one of our intentions was to experiment with what would and wouldn’t work, we were unsurprised to find that we came up against a few problems. We found, for example, that most media outlets were only interested in white papers as an exclusive so as soon as it was published elsewhere, in this case on our own ParcelHero website, it lost some of its value.

We also had feedback about the content itself, which will help form our next wave of campaigns going forward. One suggestion was that some of the information on our infographic was slightly out of date, which suggests that we need to be more stringent in our fact checking process, especially when creating content that we are actively trying to place on other sites.

We’ve already taken what we’ve learned and applied it as we embark on our new Mumblesale campaign. Working in partnership with Great Ormond Street Hospital, we’re encouraging mums around the country to donate their old toys to our Mumblesale on eBay, the proceeds of which will be donated to GOSH.

Our initial round of outreach is already reaping the results of what we’ve learned, with a massive leap in open rates immediately catching the eye. The click rate is an artifact of nothing to link to – we’re confident that as soon as our Mumblesale landing page that will go right up.

We have seen a good rate of engagement. Not only have had leading mum bloggers committing to get involved, we have also received contributions from Fisher Price, Playmobil and Bugaboo.

It’s already clear that the data we took from our Uber campaign has been hugely influential on the success of the early stages of the Mumblesale outreach. We took the lessons we learned from what the Buzzstream Outreach tracking was showing us, and we’re seeing the results immediately.

What can we take forward for new campaigns?

Buzzstream Outreach has proved itself a hugely useful tool for us in accomplishing all of these tasks. Since the introduction of email tracking, we have been able to refine and redefine our outreach strategy and will continue to do so in the future, as we have been met with continuing success. 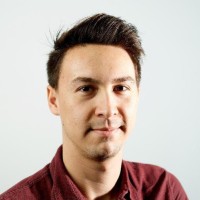 Heshaam Hague is an Outreach Specialist at an international courier service, ParcelHero. Working closely with influencers and brand advocates - sharing content, collaborating and forming partnerships. He joined their marketing team in early 2015 and was previously working for Forward 3D as a Content Marketing Manager. Outside of the office, you’ll usually see him at Griffin Park as a long-suffering Brentford FC fan.