SEO Case Study: How Buzzstream Helped Take a Local Client to the Top

Many small-time local businesses are lost when it comes to promoting their brand and services online. Despite the fact that they know how important it is to have an online presence, I’m constantly stunned when I see business owners who haven’t updated their website in ten years or don’t see the importance of incorporating SEO into their core ongoing marketing strategies.

Some reasons I hear on why they haven’t bothered much with SEO or lead generation as a core component of their business is that they don’t understand how to do it, don’t have time to do it or they believe their business is ‘not marketable’ online.

In this case study I’m going to share how my company, Leadsmasher, took a local pest control company to the top of Google for their money keywords while tripling their revenue using Buzzstream and a little creativity.

Interested in learning how you can earn local links for yourself? Check out our Essential Guide to Building Local Relationships and Goodwill, Nationwide.

In a niche like pest control, it’s pretty easy to say “well, what the heck are we going to say about pest control that people will want to share and link to?” I knew we needed an SEO strategy that could scale up and get the kinds of links and exposure that would compete with the already dense minefield of competitors.

I ended up combining my two favorite weapons of choice to approach this campaign; Brian Dean’s guestographpic method and Buzzstream.

The guestographic method is a great way to build links no matter what kind of business you’re dealing with and provided the scalability that I was looking for. I’ve been using Buzzstream for over a year or so and have found it to be extremely useful to help execute any type of campaign and keep everything in a central location for ongoing work.

After some research, I ended up marrying the pest control niche of my client with a “shoulder niche” (gardening) to get into a space where there were more bloggers and a bigger tradition of content sharing.

After seeing some of the topics that gardeners were talking about, we noticed that garden pest control was a rather notable topic and also had that whole ‘evergreen’ thing going for it.

We whipped up an infographic on garden pest control and got to work on promotion.

Using Buzzstream’s prospecting tool, we gathered prospects into Buzzstream using search operators like “gardening blogs” and related queries that would produce blogs for us that may be interested in our infographic. In addition to Buzzstream’s prospecting tool we also gathered more prospects manually through Google searches, curated blog lists and sites like Alltop. This gave us a nice amount of sites that we could begin to analyze and determine if they were ripe for outreach.

Qualifying is a pretty tedious process, but Buzzstream helps streamline it and make it a lot easier to handle. This is something you’d definitely want to hand off to an assistant as it can be very time consuming. Using Buzzstream’s Buzzbar we were able to sift through our prospects fairly quickly and determine which ones were more relevant to our campaign and where the possibility for a conversion was fairly good. We made notes along the way whenever there was an oddity to be aware or if any special handling was needed.

Qualifying is a crucial step to getting your targeting right. If for some reason you end up with some irrelevant sites in your curation, that’s something you’d definitely want to weed out during the qualification process so that you don’t waste valuable man hours on the wrong sites.

After we had our email templates in place we began outreach to the prospects and started analyzing the results. The first thing I noticed is that we had a much better response rate when we asked permission before sending along the infographic. Here’s the email template asking permission from the blogger:

When using a direct pitch (without permission) we only got 16% that replied.

This of course was a huge difference. After seeing this we began to use the permission sequence exclusively with every prospect. Of course we wouldn’t have known these conversion percentages without Buzzstream showing us which emails were converting better. This was a super useful feature to help guide the outreach as it evolved.

After we sent out around 100 emails or so we had landed more than a dozen high quality links from relevant bloggers and received over 1,000 social shares, which helped it spread even more. It was also picked up by some bigger sites like Lifehacker, which of course provided additional firepower to the SEO efforts.

The links that were built from the campaign helped raise the overall domain authority of the site as a whole and thus boosted the site organically in the SERPs for the money keywords that produced the types of traffic that would convert to sales for the client. Local organic traffic increased a whopping 666% between April and June (the time at which the campaign was active) compared with the same period in the previous year.

Here we can see when the SEO campaign started and how it affected subsequent traffic to the site.

You can read even more detailed information about the campaign’s nuts and bolts in this recent case study.

All of this at the end of the day might sound great with new links and social shares, but what does this mean in terms of dollars and cents? The indirect site-wide SERP boost from the campaign led to an increase in local New York traffic that was in need of my client’s services. This boost led to an approximate tripling of revenue that has been consistent ever since.

The interesting thing about this campaign is that it was developed around a core topic that was NOT my client’s audience and would not lead (directly) to more sales. In this case, we had to use the campaign as a means to get more sales indirectly rather than directly.

I wouldn’t say this is something your company necessarily HAS to do but in this case there was no easy way to target the specific customer profile of my client with content since it was an event-based demographic (people who have emergency bug problems). Depending on your target demographic, you may be able to create a piece of content that targets your customer profile specifically and gets more sales both directly and indirectly, which obviously is the best combination.

While promoting a local business through SEO can seem a daunting task with no end in sight, using a little creativity with your approach and moving into related shoulder niches can open up a whole new set of doors that you may have not even considered. This takes a business whose industry is traditionally “boring” and makes it more interesting and palatable to today’s social sharing climate. 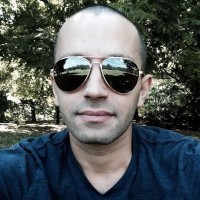